Former Professional/Free Agent Scout
Following a stint with the Wytheville Senators, the Rookie affiliate of the Washington Senators, Joe went on to become a professional and free agent scout for over 38 years, spending time with the Seattle Mariners, Tampa Bay Rays, New York Mets, and Detroit Tigers. Before entering professional baseball, Joe served in the U.S. Army as a sergeant as well as the New York Police Department as a police officer. He is a member of both the American College of Sports Medicine and the National Strength and Conditioning Association. He is now retired and lives in Staten Island, NY. 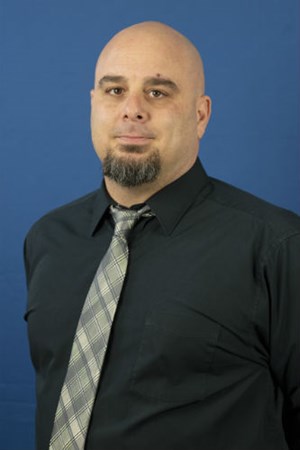 Head Baseball Coach, Mount Saint Mary College
After six seasons as an assistant coach with the Knights, Steve Sosler was named the Head Coach at the Mount leading up to the 2010 seasons. Over 13 seasons at the helm of the program, Sosler has led the Mount to 171 victories, including a 94-85 mark against Skyline Conference competition. Sosler was named the Skyline Conference Coach of the Year following the 2018 season, a year thaw saw the mount go 22-12, including 13-5 in conference, while earning the three seed in the Skyline Conference Championship. Over his time at the helm of the baseball program, Sosler has posted a pair of 20-win seasons and guided the Mount to the Championship Round of the conference tournament in 2017, falling to eventual conference champion Maritime. Since taking over the program, Sosler has mentored 19 All-Conference selections, including seven First Team All-Skyline Conference picks. Sosler developed the Co-Rookie of the Year in the Skyline Conference in 2012 and the league’s Rookie of the Year in 2014. As a pitcher for the Blue Knights from 1996-99, Sosler amassed a career record of 16-7 and was part of the two NCAA Division III Championship teams in 1998 and 1999. Sosler was the winning pitcher for MSMC when it knocked off Staten Island, 3-2, to capture the Knickerbocker Conference title in 1999. He also pitched the Mount to its first-ever NCAA tournament win with a 6-1 victory over Cortland State. Sosler, a Skyline Conference second-team all-star in 1997 and a New York State Collegiate Baseball Coaches Association all-star in 1998, earned his bachelor's degree in business administration from MSMC in 1999. He is currently working on his Master's degree in business administration at the Mount. In 2001-2002, Sosler served as the head coach at the S.S. Seward Institute in Florida, NY. He also spent two years coaching American Legion Baseball with the Monroe Cannons. A native of Florida, New York, Sosler currently resides with his wife, Nicole and son Carmelo, in New Windsor, New York.